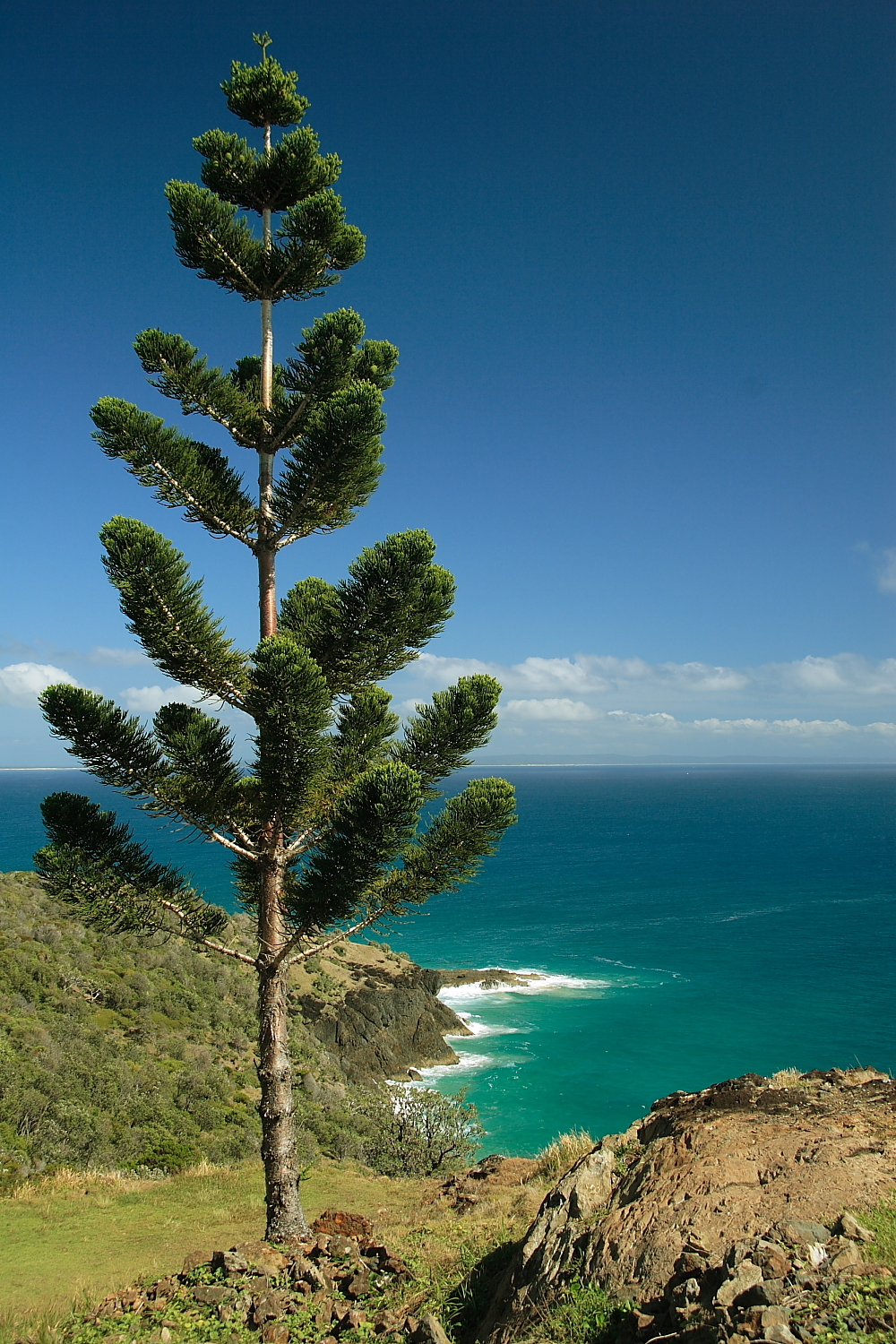 Scientifically known as Araucaria heterophylla, the Norfolk Pine got its name from its endemism to the island. It is also called different names such as star pine, triangle tree of the living Christmas tree due to its symmetrical shape while still a sapling. Although it is named as the Norfolk Pine, it is not a true pine tree.

Though the tree is indigenous to Norfolk Island, you can still see them growing along the coastlines of New Zealand's north islands. They can be found in Roberton Island and Urupukapuka, part of the Bay of Islands. Our crew can surely accommodate you if you want to visit these specific islands to see the living Christmas tree.

Pine trees have been and still are cultural symbols around the world. Native Americans consider pine trees as a symbol of wisdom and life. In Northern Europe, these trees were decorated to celebrate the birth of the Norse god of the sun and fertility, Frey. During winter, the top of the pine trees was lit. This was because the days were getting shorter. They also believed that in doing this, it will attract the sun. This was also how the Christmas tree came to be, and thus a fitting pseudo-name to the Norfolk Pine, the living Christmas Tree.

Captain James Cook, a British explorer, cartographer, and a captain of the Royal Navy, was the first European that has sighted Norfolk island. It was on his second voyage to the South Pacific in 1774 that he caught sight of an island full of tall, straight trees that seemed to be suitable to use as masts and yards for ships. Though it seemed that the Norfolk Pine tree was suitable for that purpose, it proved to be not resilient enough and the industry was discontinued.

You can easily distinguish the Norfolk Pine from far away because of its distinct symmetrical features. It has a straight vertical trunk that doesn't bend even with strong offshore winds. Almost horizontal branches emit from the trunk in numbers of five.

If you're up for an island tour along the Bay of Islands to see the local flora and fauna including the Norfolk Pine trees, we can surely accommodate you. The Rock Adventure Cruise  crew can cater to your needs. Whether you are the adventurous type or one that likes to study flora and fauna, we have the cruise just for you.

Find out about our various types of cruises here.