Let's learn more about the Maori history and culture! 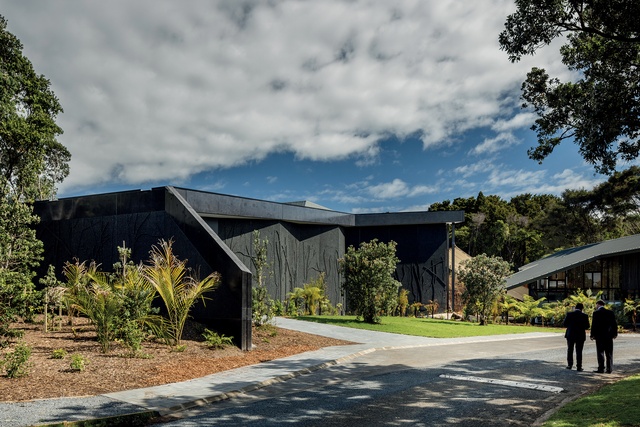 An Immersive Cultural Experience in Waitangi

One of the must-see places in Waitangi is the Waitangi Museum. The Te Kōngahu Museum of Waitangi holds a vast collection of stories and taonga (treasured objects) that brings to life the history of Waitangi, and how it came to be. The history is told and brought to life through exhibits using state-of-the-art interactive technology to offer a one-of-a-kind museum experience.

A Museum, Gallery and Learning Center

The Te Kōngahu Museum officially opened its doors to the public on February 5, 2016. The opening was made official by New Zealand's Governor-General, Sir Jerry Mateparae. It was then that the museum was formally named Te Kōngahu, a northern tribe word for an unborn child. It is said that the name represents the promise or potential of the new nation (New Zealand) born in Waitangi, through the treaty signing.

The museum also features a temporary gallery. This gallery has changing exhibits that run throughout the year. Some of these exhibits are from other museums and galleries across New Zealand.

A home for Taonga

The museum structure in itself has been described as a treasure. It is a fitting title for a building that holds some of New Zealand's precious taonga or treasured objects. The building was thoughtfully designed to subtly fit into Waitangi's surrounding landscape.

The museum not only houses a large number of precious taonga that is viewed throughout the main exhibit but also houses a massive collection of items that are not on display.

Not only can Waitangi be full of historical knowledge, but it can also be a beautiful place to explore. You can tour the Waitangi river or explore the garden around the Treaty House. Waitangi's shorelines provide a continuously changing backdrop. A short trip from the Bay of Islands' main tourist spot, Paihia, grab the opportunity to immerse yourself in Maori culture. Simply ask the crew of The Rock Bay of Islands Adventure Cruise to take you there.