Octopuses are known for their distinct physical features, they have eight arms and one bulbous head. They are one of the most astonishing sea creatures in the eyes of children. Octopuses can camouflage and change colour depending on their background. This cool characteristic is thought to be their defense mechanism against predators.

In New Zealand, Octopus predators are known to be Sea Lions, Bullers Albatross, Whales and other marine life which find Octopus to be their favourite meal. They usually take refuge at subtidal rocky reefs and seaweed beds where they hunt easy targets like crabs and crayfish.

According to Maori legend, the octopus or Te Wheke is a picture of family health. Te Wheke signifies the link between the mind, the spirit, the different aspects of life interwoven together for one’s well being. Octopus has interesting biological features that you may not know of.

After an adult male and female octopus mate, the male dies then followed by the female soon after the eggs hatch.

Octopus has zero bones in their body

Having no bones in their body makes Octopus flexible enough to fit into small spaces. In 2016 Inky, a common male octopus showed the world how sneaky and talented octopuses are when Inky escaped New Zealand's National Aquarium through a small opening. Making octopus a legendary marine life escape artists.

Octopus are literally blue-blooded marine animals. The high hemocyanin content on their blood gives it a blue colour.

Around 42 octopus species are living in New Zealand waters. The Kiwi waters is also home to two of the world’s largest types of octopus. The giant gelatinous octopus grows up to 4 meters, and the giant South Pacific octopus can reach up to 3 meters in length.

As stated by the International Union for Conservation of Nature's Red List of Threatened Species, most octopus species are not considered endangered. Here at The Rock Adventure Cruise, we sometimes manage to spot a few octopuses while fishing or swimming in the Bay of Islands. Seeing them in their natural habitat is a wonderful treat for everyone aboard The Rock New Zealand.

An Octopus climbed up on the edge of our deck while we were anchored in Palm Beach, Bay of Island. 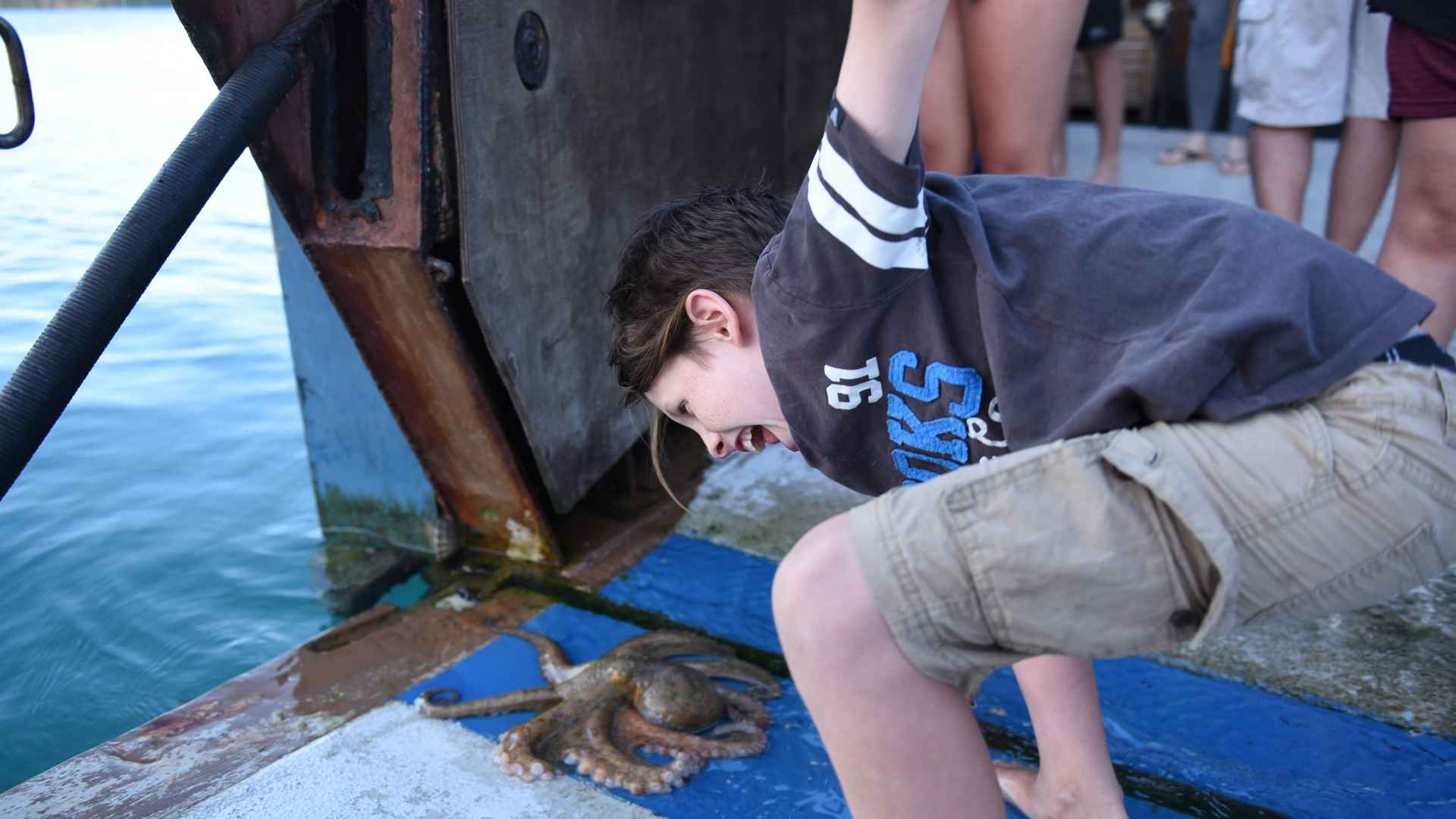 An octopus accidentally hooked while fishing. 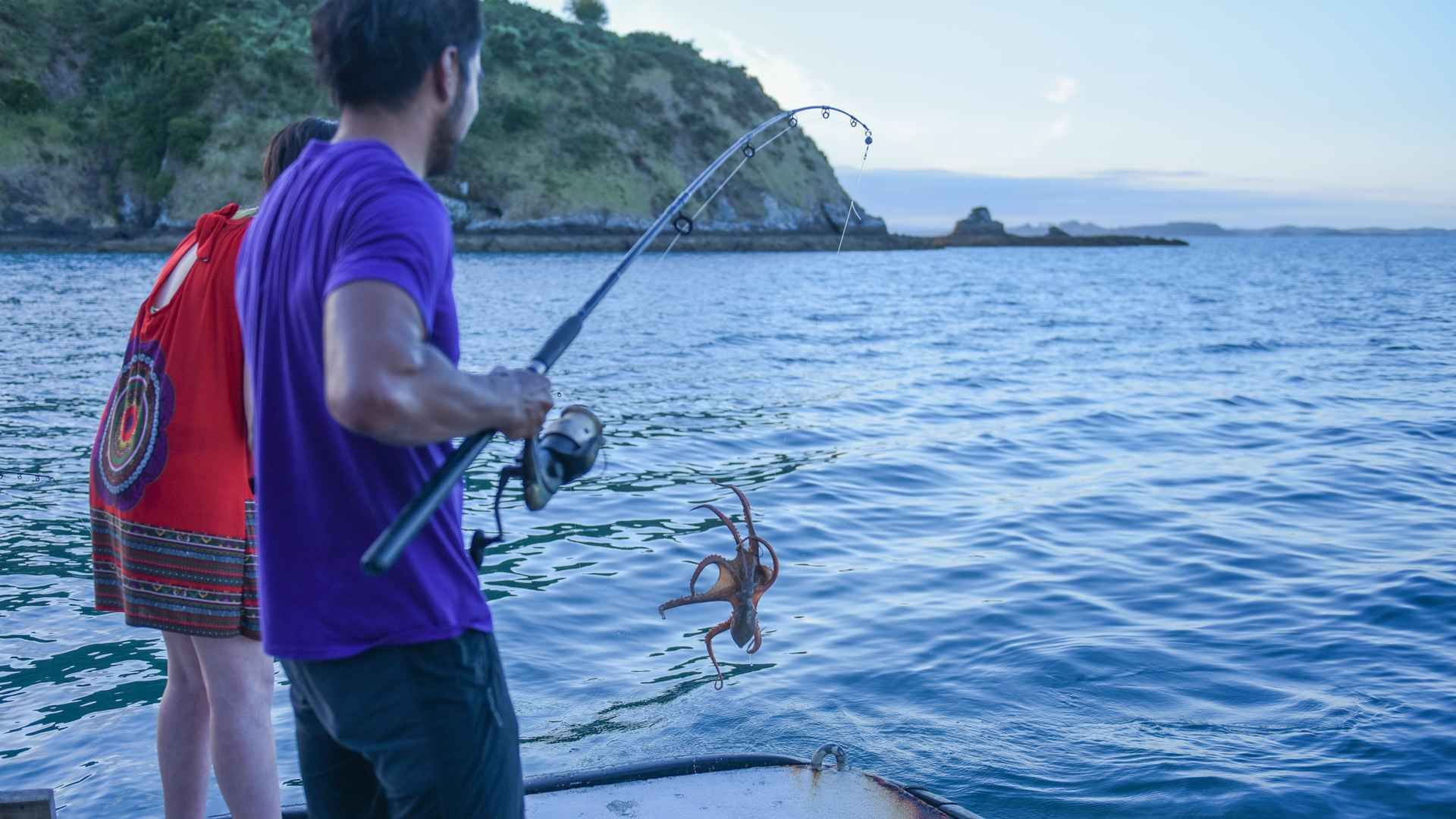