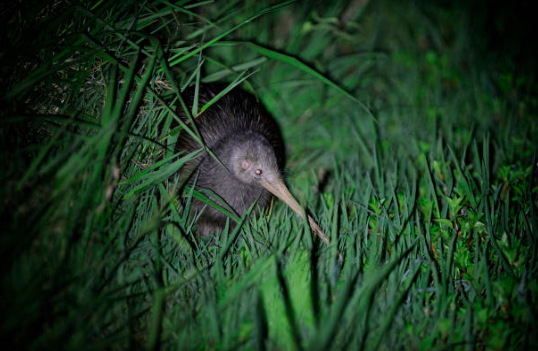 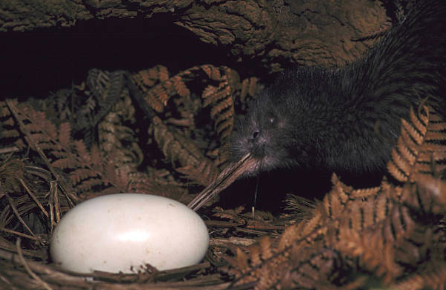 Kiwi is the national bird of New Zealand

Kiwi is a flightless nocturnal bird with strong legs and loose hair-like feathers. The local inhabitants of New Zealand are also known as Kiwis apart from the old term New Zealanders.  Kiwi is one of the most important wildlife we preserve in New Zealand. As a national symbol, it embodies the unique qualities of New Zealand’s wildlife and rich cultural heritage. The most common Kiwi is the North Island Brown Kiwi typically found in the northern two-thirds of New Zealand.

Kiwi birds have a lifespan between 25-50 years. Once the eggs hatch the chicks take 3-5 years to become a full grown adult. Kiwi chicks are fully feathered and independent from their mothers since day 1.

According to Maori legend, the Kiwi bird is blessed by Tane Mahuta - God of the Forest. Kiwi once had beautiful coloured wings like Tui, Pukeko and Pipiwharauroa. The forest was becoming endangered and needed to be protected from the ground. Tane Mahoka, Tane Mahuta's brother, asked all the birds to volunteer and come down to earth to guard and protect the trees of the forest, but none of them accepted the challenge except the Kiwi. For it to fulfil this duty and protect the forest land, the Kiwi lost its wings and grew short strong legs. This selfless action didn't go unnoticed, it was greatly rewarded by the Maori gods.

Tane Mahoka was so impressed by the courage and sacrifice shown by Kiwi and promised it to become the most well known and most loved bird of them all.

Where do they usually live?

Kiwis are very territorial land-based birds. The males establish their territories first before they find a mate. Their strong legs and sharp claws act as their weapon.

They inhabit damp gullies, dense shrubland and other wetlands. At night, you can hear them do their Kiwi calls for their mate or as a sign to mark their territory. Territories are maintained through Kiwi calling, although fights ensue if enforcement is needed! Location is important for their habitat as they lose condition without ready access to water. If you listen carefully enough when you’re out cruising on The Rock, you may hear kiwi calls at night when they emerge from their burrows and try to make contact with their mates. The best time of the day to hear Kiwi calls is during a moonless night and in the crack of dawn in the morning.