Ruru the protector of the night 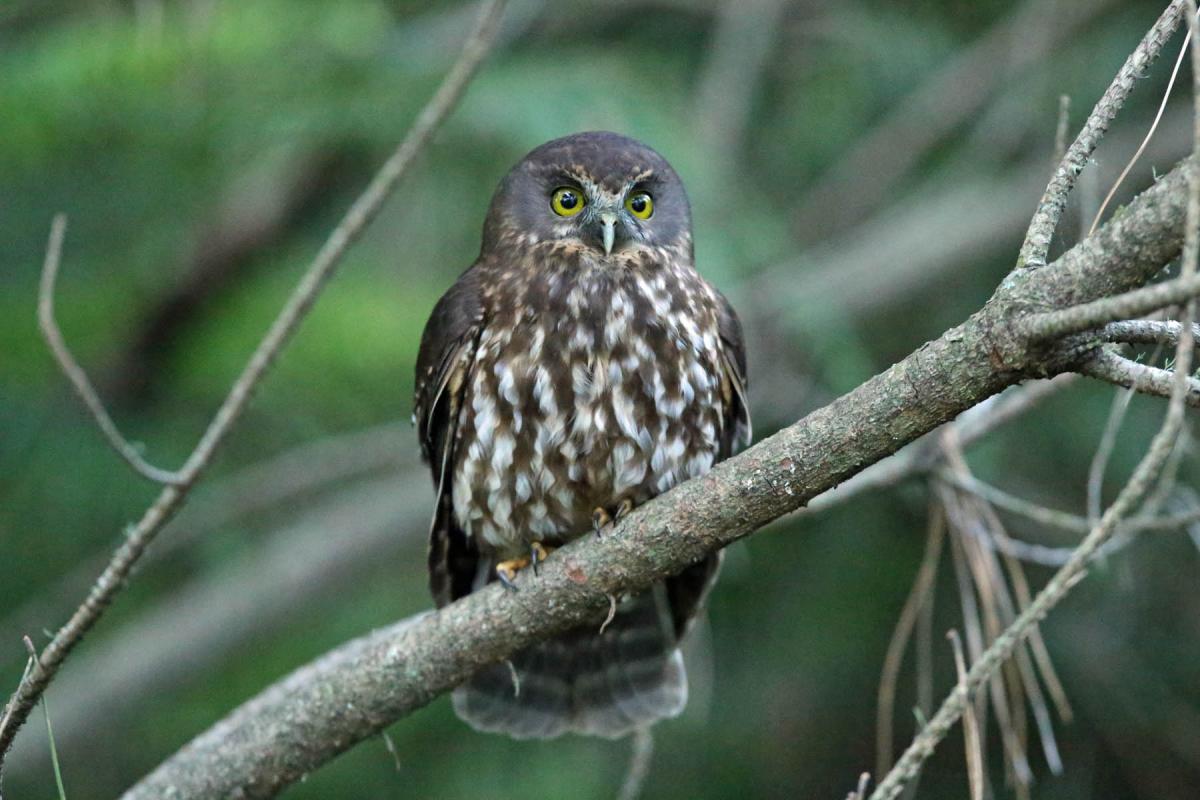 New Zealand is home to a lot of local wildlife living in its forests. One of the many local birds that you can find is New Zealand’s native owl called Morepork also known as “Ruru”. It has a distinct two-pitched call where its local name “Ruru” comes from.

Do you know what makes Morepork different from other local birds?

Morepork has a pair of sensitive nocturnal eyes that can detect the slightest movements within fair distance. Their eyes are perfectly designed for hunting rats, mice, grasshoppers, spiders, huhu bugs and other small insects at night. Although they are generally nocturnal species they can also be active during the day time.

Is Morepork population at risk in New Zealand?

The Morepork population rate hasn’t declined in the past few years and it is fairly widespread across New Zealand. Although they are vulnerable to predators during the breeding season, there has been no report of a significant drop in numbers.

How do you know if there’s a Morepork in your area?

Moreporks are commonly found in the Northland New Zealand. Aside from the forests they also prefer to live in open areas with scattered trees even in populated suburban areas. If you hear a high pitched “Ruru” sound at night there’s a big chance that there is one near you. Their night calls are often times confused with Kiwi’s, but you will easily identify the two-pitched sound. It is believed in Maori culture that “Ruru” are majestic birds that watch over us in the night. The ominous yelp sound is a warning for a potential unfortunate event. Whenever you join us on our overnight cruise in the Bay of Islands, do keep an ear out for the nightly Ruru calls.

How do we make sure to preserve the Morepork population in New Zealand?

There are a number of ways that we can help preserve the growing numbers of these beautiful night creatures. Although they are not considered to be at risk at the moment, we should always do our part so we so our future generations could also enjoy their presence in nature. Here in The Rock Adventure Cruise, we are committed to the Tiaki promise to help conserve our beautiful New Zealand. Find out more about the Tiaki Promise.

For more information about the Morepork head on to New Zealand Birds Online.